In a historical act, democrats launch a manifesto and letter to Brazilians

The Arns Commission was part of the group of organizations that articulated the manifestations in favor of democracy and respect for the election results, on August 11 th , an initiative from the Law School of the University of São Paulo. Thousands of people gathered, inside and outside the university building, to follow two events. The first one was the launching of the In Defense of Democracy Manifesto, signed by more than a hundred companies, unions, and civil society organizations.

“I want to say how moved I am, after having lived the most beautiful years of my life in this university, and to have participated in important events in the history of Brazil. One of them was when we idealized the face of the Brazilians and went to Professor Goffredo's house to ask him to be the writer. Today is another important moment. It is a great moment. I would say perhaps unprecedented. In which capital and labor come together in defense of democracy. I think that we are celebrating the hymn of democracy here, with joy, with enthusiasm, with hope, and with certainty,” said Dias, before the reading of the Manifesto.

The second event took place in the arches of the Law School, with the reading of the Letter to Brazilians, a document open to civil society that reached, on August 11 th , the hallmark of 1 million signatures.

José Carlos Dias, president of the Arns Commission, reads the Manifesto for Democracy 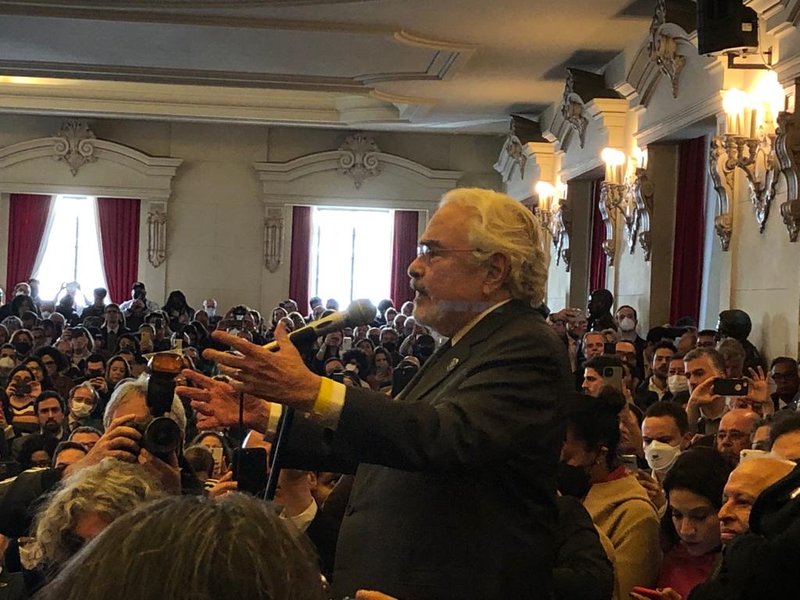