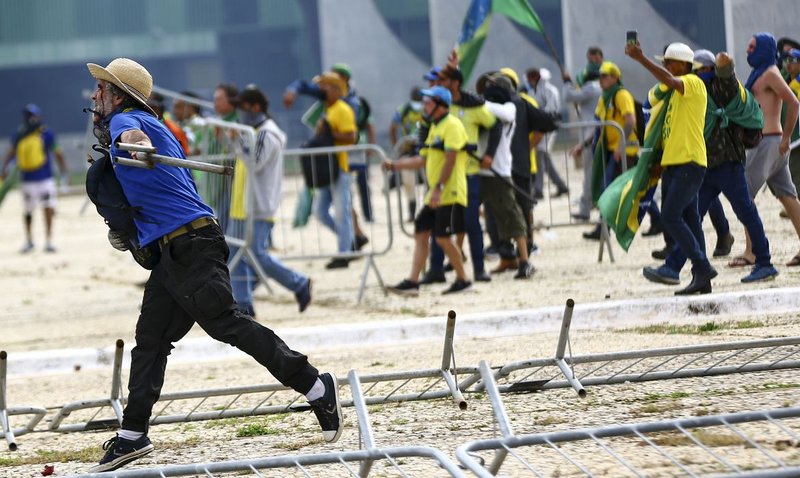 The D. Paulo Evaristo Arns Commission for the Defense of Human Rights – the Arns Commission – goes public to express its total repudiation of the acts of violence against the Democratic Rule of Law, which occurred this Sunday (January 8) in the Federal District. The invasion and depredation of the buildings that accommodate the powers of the Republic are unacceptable, representing an attempt to abolish the democratic regime through violence, which is a crime, established by Article 359-L of the Brazilian Penal Code.

It is impossible to accept such an attempt, by means of force, chaos, and disrespect for authorities and laws, to obstruct the popular sovereignty expressed by the democratic result of the elections held in 2022.

It is essential that security forces urgently reestablish law and order in the country's capital. It is imperative that all those who invaded and depredated the headquarters of the three branches of government, as well as those who financed and organized these and other acts of vandalism against Brazilian democracy, be held accountable for their actions. It is essential that the omissive conduct that favored this movement aimed at destabilizing our Democratic Rule of Law also be investigated. Law enforcement institutions cannot and must not be tolerant of those who attempt against our constitutional order.

We also request that every effort be made to hold accountable those who hide in social networks or take refuge outside the country, inciting extremists to undertake deplorable attacks against popular sovereignty and the rule of law. They are criminals and should be treated as such.

After four years of a government hostile to democracy and the rule of law, Brazilian society and the legitimately sworn-in government must close ranks and take concrete measures to protect Brazilian democracy.