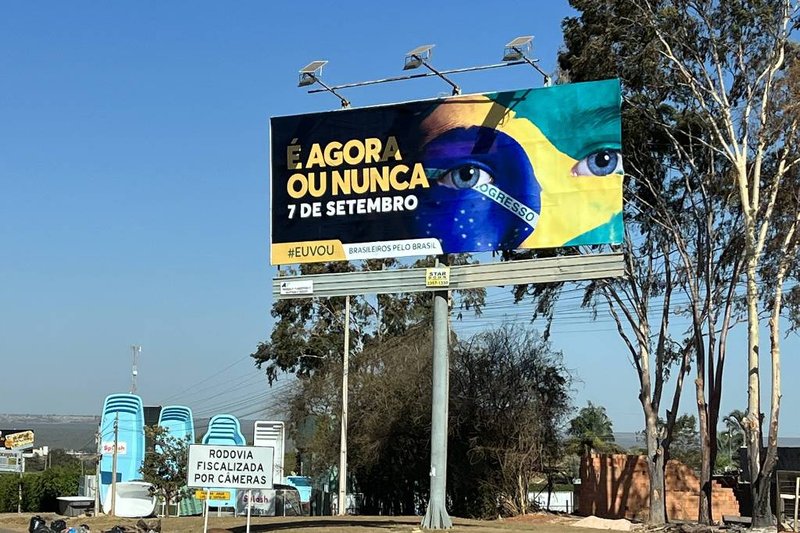 On the occasion of the celebrations that mark the Bicentennial of Brazil's Independence, there are plenty of reasons to reflect on a historic date that concerns all Brazilians. This date is about looking in the mirror where we see the nation reflected, with its inequalities and contradictions, but also with its achievements. In short, to see reflected the nation that we are.

In these difficult times, it would be important that everyone could celebrate the civic moment in an atmosphere of peace, respect, and solidarity, in multiple spaces of human coexistence. However, it seems to us that what has been reinforced for weeks is the call for a grandiose and expensive public ceremony, planned in detail to function as a demonstration of power less than a month before the elections, precisely by those who have been threatening not to accept its results.

In summary, everything indicates a mobilization of resources of all kinds to capture and transform the civic moment of Brazilians into a campaign rally. It is certainly not the September 7th that the people deserve – and this is the message that the entities that authored the “Pact for Life and for Brazil”, signed in the first year of the pandemic and endorsed by the whole country, want to leave registered here.

To usurp the official commemoration of the Bicentennial of Independence with electoral interest and as part of a personalistic acclamation is not something that can be accepted. Even more so in a country that is increasingly going hungry. In a country where unemployment remains extremely high in almost all sectors, throwing millions into the streets or, at best, into informality. Where millions of children suffer the bitter setbacks of their learning process and school dropout rates are increasing, without any public policies established to solve this situation. Where prejudice and racism continue to punish the Black and poor population, Indigenous peoples, and those who are different. Where the statistics of femicide insist on rising. And, we must not forget, in a nation where the official COVID-19 mortality rate is close to 690 thousand lives lost, leaving a trail of dismay throughout the whole country.

Facing such a serious and gloomy scenario, we understand that the time has come for Brazilians to take upon themselves the date of the bicentennial, taking into their hands something that history gives them and, at the same time, demands from them, which is the defense of democracy. If there is anything to exalt at this moment, it is the commitment of the entire citizenry to something precious to the Brazilian people: the political system which, though not perfect, is the only one in which everyone can and should have a voice in the construction of a common project. Without democracy, we are in darkness, the mirror is broken, and the nation is lost.

We propose that the Bicentennial of Independence should serve as a general convocation of society in defense of the civic dates that lie ahead. May on October 2nd, 156 million voters can choose their representatives with freedom, tranquility, and confidence in the electronic voting machines, which have been widely tested and recognized as safe from fraud.

We hope that on October 30, if there is a second round of voting for the most important posts of president and state governors, the same pact for free, clean, and peaceful elections will be maintained. And, once the vote count is over, that the result of the polls, whatever it may be, be immediately recognized as the most reliable expression of the popular will. These are inarguable commitments of a nation that wants to be sovereign and independent.

Finally, we must reaffirm something very important: national sovereignty does not exist without popular sovereignty. The entities represented here call for the Bicentennial of Independence to be understood not only as a celebration of something that happened 200 years ago, but as a task, a mission, a project for the future that finally guarantees the Brazilian people the role of the protagonist of its destiny.